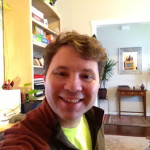 Bruce is an award-winning game designer. He’s worked on Dungeons & Dragons over the course of 4 editions as a writer and developer (including D&D Next); to date he’s written over 100 D&D products, including Gates of Firestorm Peak, Return to the Tomb of Horrors, Expedition to Castle Ravenloft, Gamma World, and the Forgotten Realms Campaign Guide.

He’s also a novel author. His credits include nine novels, mostly set in the popular Forgotten Realms world. His most recent publication is Spinner of Lies (2012), a sequel to the acclaimed novel Sword of the Gods. He also wrote the Abolethic trilogy (2008-2010), and several stand-alone novels. 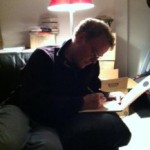 Having worked as a professional writer for more than 20 years, Monte Cook can honestly say that he’s never had a real job. As a fiction writer, he has published numerous short stories and two novels, The Glass Prison, a heroic fantasy set in the Forgotten Realms, and Of Aged Angels, a modern day conspiracy and paranormal tale. He attended both the prestigious Clarion West SF&F writer’s workshop and the NASA-funded Launchpad workshop. As a comic book writer, he has written a limited series for Marvel Comics called Ptolus: Monte Cook’s City by the Spire, as well as some shorter work. As a nonfiction writer, he has published the wry but informative Skeptic’s Guide to Conspiracies.

His work, however, as a game designer, is likely most notable. Starting in 1988, he has written hundreds of tabletop roleplaying game books and articles and won numerous awards. Although he started working for Iron Crown Enterprises, managing the Rolemaster and Champions game lines, he soon went to work for TSR where he worked on Dungeons & Dragons, and in particular the Planescape setting.

Monte is probably best known for D&D 3rd edition, which he codesigned with Jonathan Tweet and Skip Williams. In 2001, he started his own game design studio, Malhavoc Press, and published such notable and award-winning products as Ptolus, Arcana Evolved, and the Book of Eldritch Might series. As a freelance game designer he designed Heroclix and Monte Cook’s World of Darkness, and has worked on the Pathfinder rpg, the Marvel Comics massively multiplayer online game, as well as numerous other games and related projects. 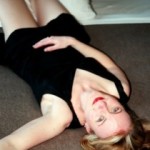 Shanna has worked as a writer and editor for nearly 20 years, and has six books, hundreds of short stories, and myriad other works to her name. Over the years, she’s won numerous awards for her work, including a Pushcart nomination, the C. Hamilton Bailey Poetry Fellowship, and the Utne Reader award for Best New Publication.

Currently the lead editor of Numenera and its follow-up products, Shanna’s other recent works include Bound by Lust (Harper Collins), Geek Love (Stone Box Press), and The Lure of Dangerous Women (Wayzgoose Press). 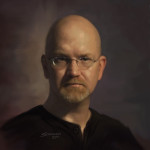 From superhero comics to the illustrations of Frank Frazetta, Matt has always had an interest in fantasy. Matt was born and raised in the Delaware area. He attended the Pennsylvania School of Art and Design and graduated in 1991. Since beginning his professional career in 1992, he has created many images for a wide range of products and clients including bookcovers, video game covers, collectible card images, collectors plates and fantasy pocket knives to name a few.

In 2001 Matt won the Silver Award for Advertising in Spectrum 8. The first book of his work ‘The Art of Matthew Stawicki’ was published by Cartouche Press.

Matt’s work has also been showcased in ‘The Masters of Dragonlance Art’ and ‘Dragon Art’ published by Flame Tree Publishing among others.

Select clients include Harper/Collins, Tor, Warner Books, Penguin Books, Wizards of the Coast, Daw and Tor Books. Other clients include Milton Bradley, The Franklin Mint and The Bradford Exchange. 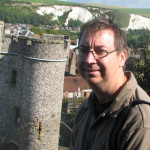 With over 20 years in the games industry, Charles M. Ryan has created or contributed to nearly every class of tabletop game—board games, card games, trading card games, miniature games, and roleplaying games—and he’s garnered awards and recognition for game design, editing and development, fiction, and graphic design. As a businessman, he’s worked in every tier of the market, from running his own independent publishing firm, to serving as Hasbro’s global brand manager for Dungeons & Dragons, to heading up marketing at the UK’s Esdevium Games, one of the world’s largest game distributors. Charles served as Chairman of the Academy of Adventure Gaming Arts & Design, the professional organization of the games industry, from 1997 through 2001. He’s also the author of the well-reviewed novel The Mason of New Orleans. 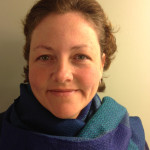 Tammie Webb Ryan is MCG’s customer service manager. Tammie’s first experience in the game industry was as one of the playtesters for Shane Hensley’s Deadlands, and from that point on she was hooked on RPGs. In addition to non-game-industry employment, Tammie has worked for Last Unicorn Games and Wizards of the Coast, and as a freelance editor on many well-known gaming products and magazine articles. When she isn’t answering MCG emails or paying bills, Tammie can be found gaming with her husband, Charles, and their two children, Olivia and Rowan.