The Strange gameplay involves a simple d20 roll that determines success or failure for any kind of action. To avoid a lot of cumbersome math at the game table, there are very rarely modifiers to this roll. Instead, skills and other assets reduce the difficulty of a task. More importantly, players can choose tasks to focus upon, using a limited resource called effort to further lower the difficulty of the actions really important to them. 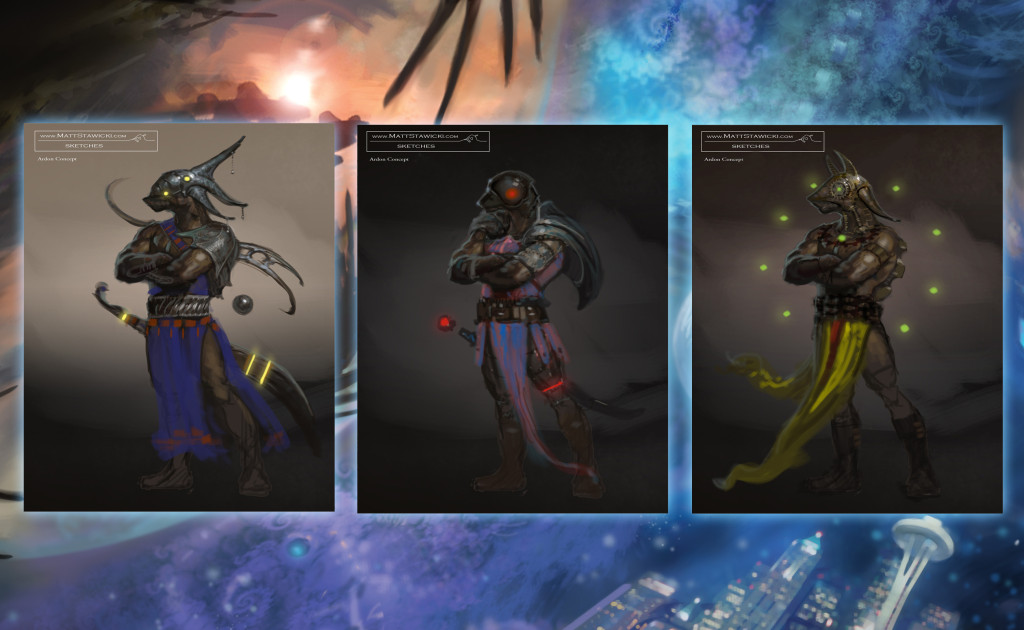 Characters earn XP when they make new, interesting discoveries (not from killing things, although combat is sometimes necessary to make discoveries and accomplish missions). They also earn XP when the GM “intrudes” on the action of the game to introduce new complications. Lastly, players have the ability to award XP to other players for great ideas, useful actions, or other reasons.

XP can be spent to improve character abilities, or to affect events in the game (such as rerolling any dice throw at the table).

The Strange is an alien data network that hosts myriad worlds, and PCs are explorers who travel to these recursions as a part of their various missions or goals. Getting from one recursion to another is a process called translation, and it involves inhabiting an entirely new form with different capabilities and gear. In a given scenario, the characters might travel to multiple worlds to accomplish what they need to, discover secrets, or confront foes. They can also capitalize on the equipment and abilities they have in different recursions to solve problems and perform necessary tasks.

Recursions are created, but not always consciously. On the prime of Earth in particular, the unconscious creative force driven by the writing and reading (and playing) of fiction can have unintended consequences, and spawn worldlets in the Strange through a process called “fictional bleed.” Which means explorers could accidentally stumble on Sherlock Holmes’ London, Lovecraft’s Innsmouth, or Olympus from Greek Myth.

Of course, it’s called the Cypher System, so we need to mention cyphers. Cyphers are ever-changing aspects and abilities that your character has access to in the form of items of power. In The Strange, these items arise directly from the creative energy inherent within the Strange. Because of this fundamental nature, cyphers are the only things that your character can normally take when they translate themselves to another world.

One of the unique aspects of The Strange is that a group of PCs can pool their abilities and resources to actually create their own recursion and host it within the Strange. This starts as a small world-seed, just large enough for a refuge and home for the characters, but eventually can grow into something far larger, with the rules of reality designed by its creators. Which means that within their own world, some PCs could even eventually gain access to advanced foci, like Forges Dangerous Ideas and Creates Worlds by Mind Alone. But can they defend this fragile, newborn world from those that would take it from them or feed upon its energy?

The game has also been uniquely designed to make things easier on the GM. The goal is to decrease the amount of time the GM spends juggling game stats, and to allow him to instead focus entirely on the story and the action at hand. Creatures, NPCs, and situations are easy to make up entirely on the fly and even easier to run.